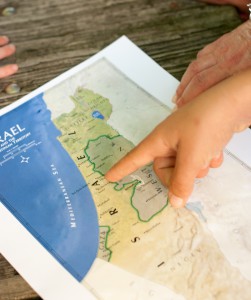 For a series of maps of Israel, see the Perry-Castañeda Library Map Collection at the University of Texas. Most of the maps in the collection are official U.S. government documents prepared by the Central Intelligence Agency. Of particular interest is a grouping of six historical maps. These include: